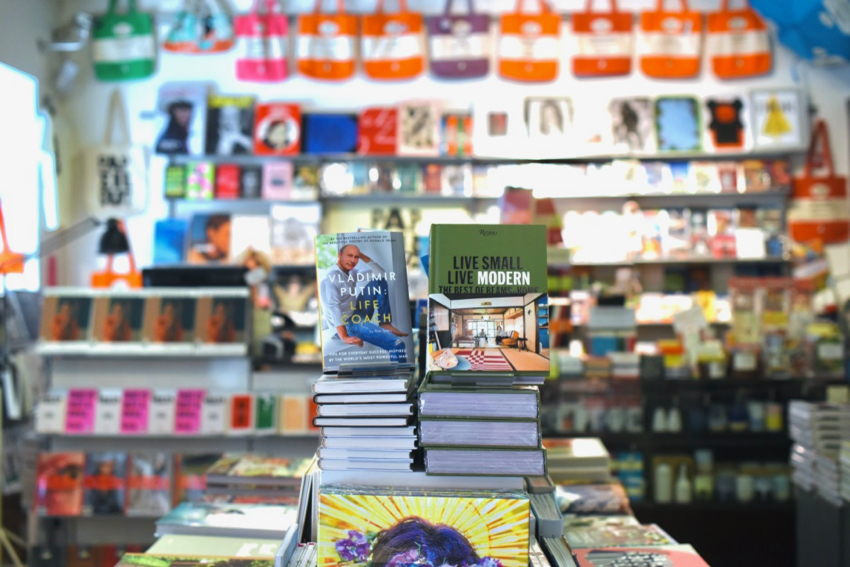 The tech hub of Stockholm is leading the transition to a digital economy, but still finds space for independent print magazines…

Last weekend I visited Stockholm with my husband, Dan. We exchanged some money for Swedish currency before we went – and to my surprise, managed to bring most of it back with us! Sweden is the leading cashless society. Amazingly, only 13% of Swedes use cash regularly now. In our hotel, and most shops and restaurants that we visited, card was the only way to pay.

But despite the move to digital transactions, Sweden hasn’t completely left print behind. On Sunday we visited Papercut, a bright, airy independent magazine shop in artsy Södermalm. The shop was stacked from floor to ceiling with print magazines and books – a treasure trove for independent titles. I recognised many firm favourites from the UK like Caboodle and 91 magazine and Swedish specialities were tucked between well-known independent magazines.

We didn’t have much time to explore Papercut as we turned up 15 minutes before closing time, forgetting the shop would shut early on Sunday. But some quirky and passionate independent magazine titles from Sweden include:

BOY magazine is a Swedish magazine about male fashion and beauty, with proceeds going to The Rainbow Fund in Sweden, a foundation supporting persecuted LGBT people.

T-Post – Is it a shirt, is it a magazine? It’s apparently both! Peter Lundgren created the world’s first wearable magazine in Sweden in 2004.

BBY is a magazine from Sweden that is dedicated to lifting women up that exist in male-dominated institutions of art and design.

Celebrating print in a digital country

It was fantastic to see that print is still celebrated in places like Papercut while Sweden is moving towards being the first cashless country. I think that no matter how far we reach into a digital future, there will always be a place for paper to be treasured. What do you think?