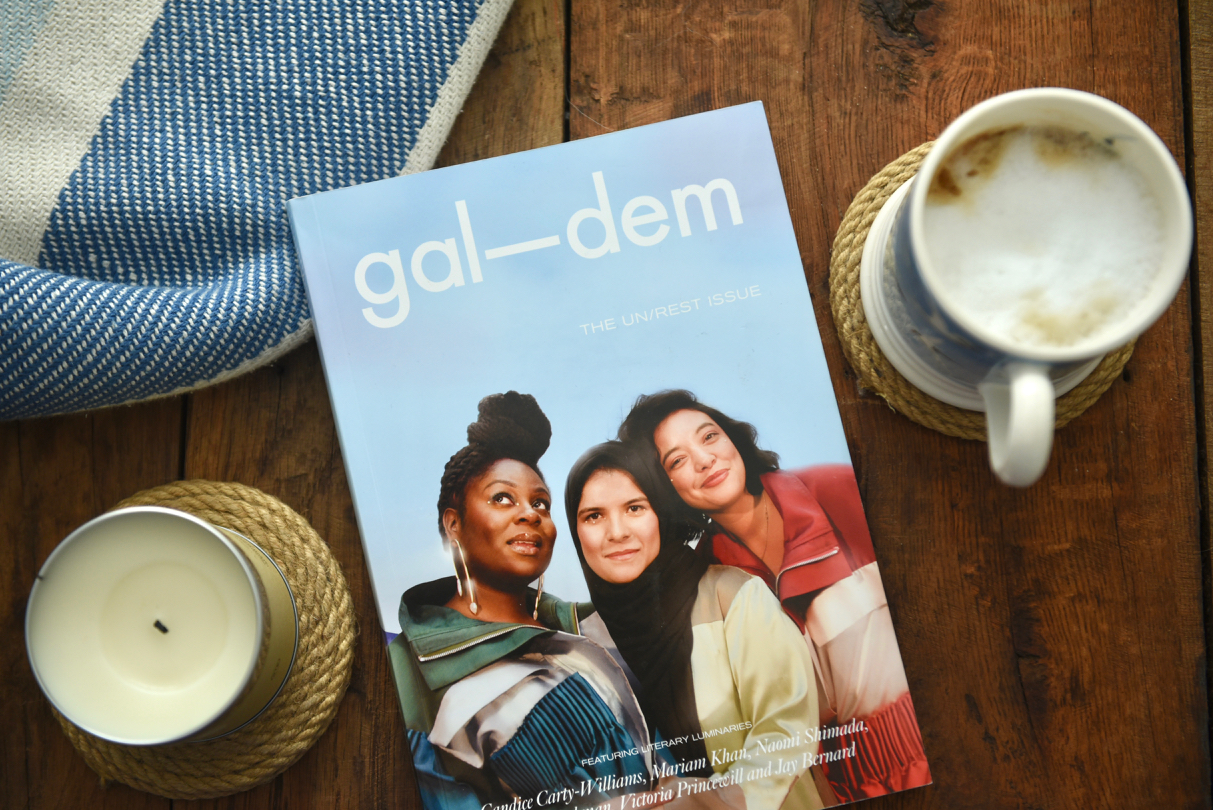 Gal-dem is a bold, powerful and necessary independent magazine that’s committed to sharing perspectives from women and non-binary people of colour. Founded in 2015 by Liv Little in her last year of university, gal-dem publishes an annual magazine that features empowering stories from contributors, and great graphics and illustrations. As gal-dem has grown in the last five years, it now publishes regular content on its website as well, covering politics, news, culture, activism, music and horoscopes.

Crucial representation for women of colour

The gal-dem editorial team is fully comprised of women of colour, addressing the imbalance in journalism, which is 94% white and 55% male. Its editorial represents people of colour rarely seen or heard in mainstream media. From dismissing a South Asian woman’s symptoms of cancer in Diagnosis, Expected, to a Black woman wondering as a child at what point of the night to put on their scarf at a predominately white sleepover in Midnight Memories, these stories offer valuable insight for white readers, and crucial representation for people of colour.

I am passionate about reading independent magazines that portray women’s lives honestly. The Black Lives Matter movement has challenged me to commit to being anti-racist and understand people of colour’s lived experiences. I’ve become aware that many of the independent magazines I share on Arts Bites are created for and by white people, and that I have a responsibility to read and present diversity in this blog.

Gal-dem is the magazine everyone should read

Racial inequality in the UK rarely made headline news until the Black Lives Matter movement in 2020. In this vacuum, gal-dem addresses the racial sleep gap, racial diagnosis gap and the benefits of rewriting the rules of publishing for people of colour in its 2019 issue. At a time when people are very aware of the need for full racial and female representation, gal-dem delivers. In the UN/REST issue gal-dem features Paralympian athlete Kadeena Cox, and debut authors, including Candice Carty-Williams among others.

I’ve had such a great insight into the lives and experiences of women and non-binary people of colour from reading gal-dem. It really shines a light on how women of colour are struggling and celebrating just like all women, but often with the additional impact of racial and cultural prejudices.

Gal-dem is an intelligent and empowering magazine for women, and I can’t wait to read more. Check out the next annual issue of gal-dem published in September: Buy gal-dem magazine