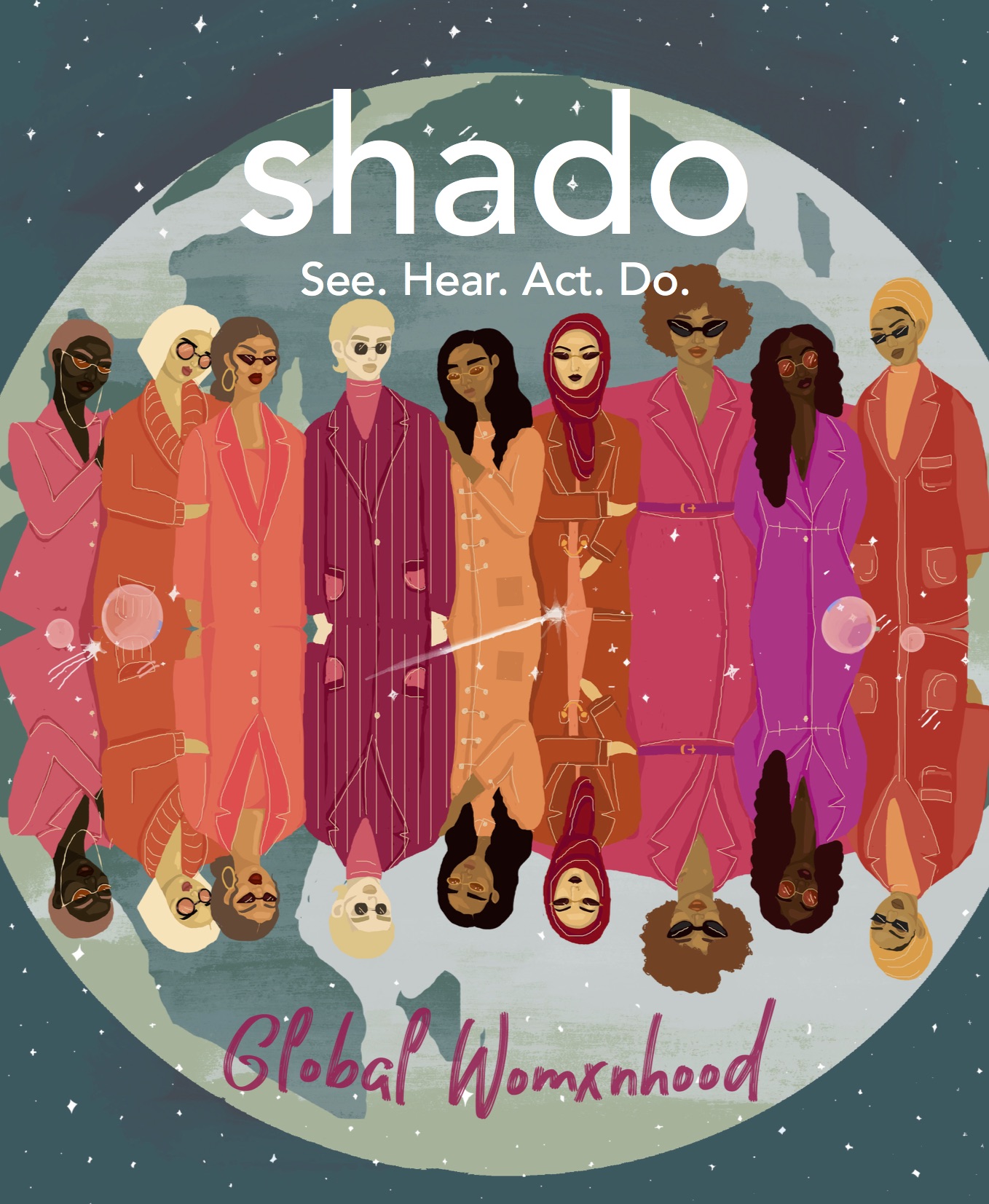 The second issue of Shado magazine, a print and online magazine, is about global womanhood, born out of co-founders Hannah Robathan and Isabella Pearce’s desire to create space for different voices to co-exist. The magazine is a celebration of womanhood, across countries, race, class and experience, sharing women’s stories on diverse issues, with the belief that ‘all issues are women’s issues’.

‘Shado’ stands for ‘See, Hear, Act, Do’, to showcase all that women across the globe are doing to stand up to female oppression, challenging stereotypes and ultimately change the narrative of marginalised communities.

The magazine covers an impressive breadth of issues and detail. From the art of Alaa Satir, a black muslim woman about the Sudanese revolution, to the ‘Cheer Up Luv‘ project, raising awareness for worldwide sexual harassment of women, the magazine is a testament to the co-founders’ commitment ‘to create a space for alternative narratives to blossom’.

Issue two is guest edited by Dr Leyla Hussein who founded the Daughters of Eve project, writes movingly about the effects of being subjected to female genital mutilation (FGM), motivating her to become a human rights activist. While not every woman will be subjected to FGM, misogyny and gender imbalance is embedded in every culture. Only 15% of working photographers are women, and despite #MeToo, statistics on sexual harassment at the workplace, at universities and in the general female population are still over 50%.

Despite these statistics, Shado shows that intersectional feminism is a force to be reckoned with, whether that’s fighting facism in Brazil, or ending discrimination against transgender women. I love that Shado is increasing the visibility of all women. As researcher Tobi Onabolu states in the magazine, ‘The strength of feminism lies in its accommodation of its intersections and multiple lived experiences; not from the dominating monologue of one voice’.

I was gifted a PDF copy of Shado magazine issue two from its editors in exchange for this review. All views are my own.