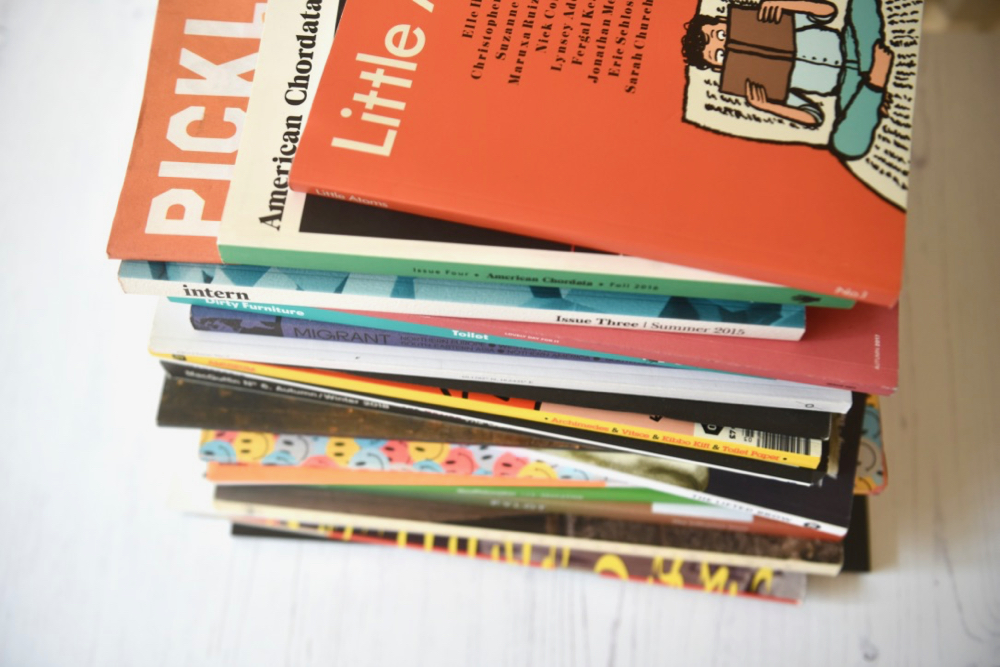 What do you do when you’ve finished reading a magazine? Store it away, give it to a friend or pop it in the recycling?

For a few years I’d been holding on to all the independent magazines I read. It didn’t seem like a lot until it was – a lot! I’d kept every issue of the magazines I receive every issue of, as well as the ones that had caught my eye, and every magazine I’d been sent through my Stack subscription.

I filled up the bottom shelf of our bookshelf, a big wicker hamper in the bedroom and two other baskets tucked under armchairs. If I’d had a loft, I would have definitely stored some up there like another magazine fan I spoke to! Instead, as magazines filled up every nook and cranny of storage, I began to think about where I’d keep a magazine before I bought it.

I went through my collection and decided which magazines I was unlikely to read again. But I didn’t want to stuff them in the recycling as I thought there might be people out there who’d want to read back issues of a magazine they’d got into recently. Part of the joy of magazines is seeing how they evolve over time.

HYMAG is an archive of print curated by James Hyman for the past 30 years!

I emailed James and was pleased that he was happy to accept the 26 magazines that I’d offered him. I boxed them up and sent them to him. While the magazines won’t go to new readers, it’s great that they will have a second life in the HYMAG / Hyman Archive.

My magazine storage situation isn’t weighing me down quite so much anymore. It’s felt good to let go of the magazines that weren’t going to be read again to let in others that I will treasure.

Let me know if you know of any other places that I can donate or resell back issues of magazines through. I’m sure that in a year or so I will be ready to do another declutter of my magazine collection!