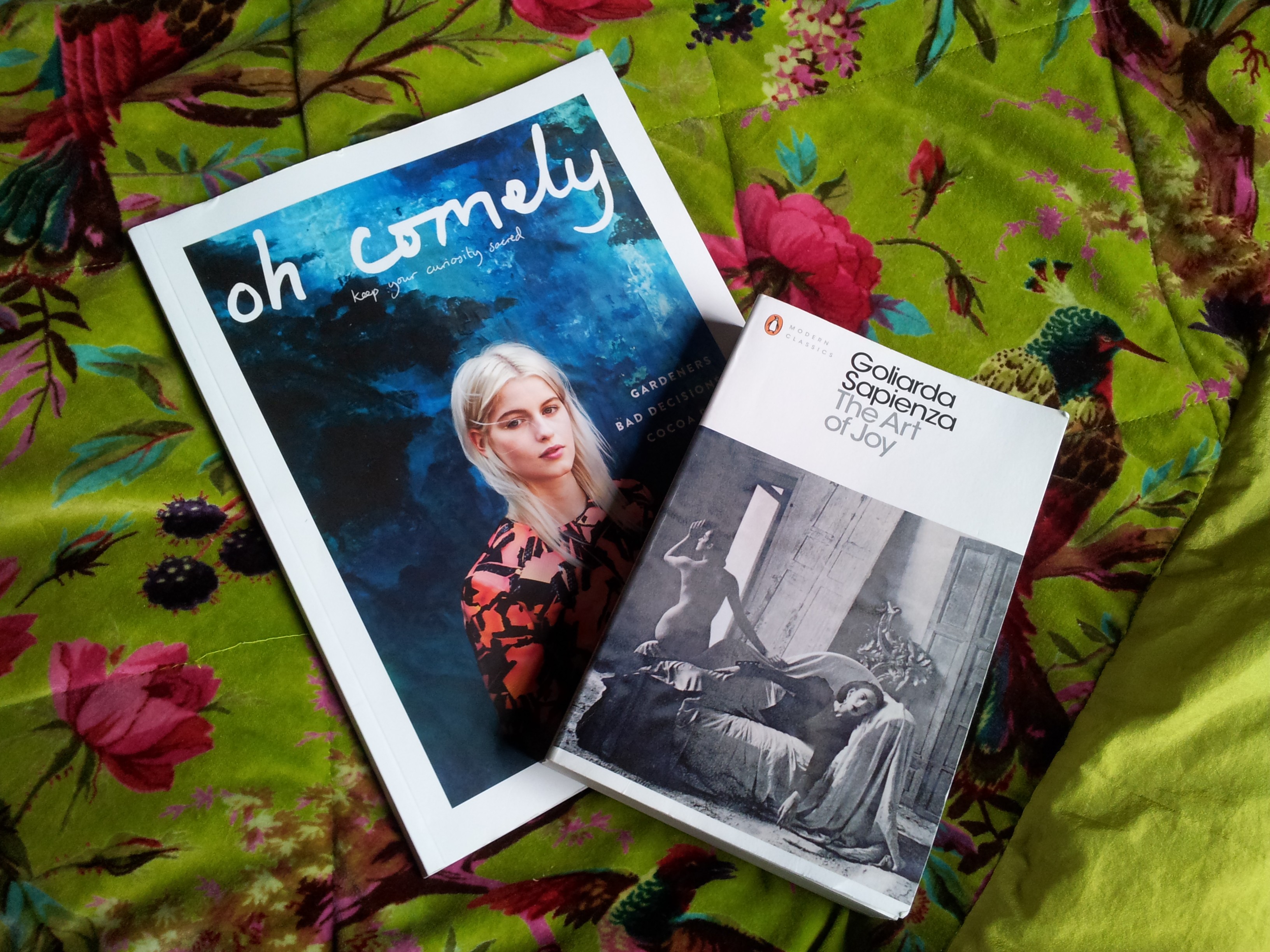 I read the first half of the book fairly quickly, it was gripping, intriguing and unsettling. The structure reminded me of Jane Eyre, as the protagonist Modesta recounted her early memories of childhood and led the reader through her adolescence to her adulthood as, like Jane, a strong, capable woman. Yet The Art of Joy is almost an anti-Victorian novel, an inverted Jane Eyre. Modesta’s early experiences involve sadistic masturbation to the screams of her sister and sex with a stranger who claims to be her father. Even a decade spent in a convent doesn’t transform Modesta into the chaste, obedient woman she’s meant behave like. But The Art of Joy isn’t the typical ‘fallen woman’ storyline like Madame Bovary. Modesta acquires wealth, an education and status, without giving up her sexual adventures with men and women.

I read the entire novel and really enjoyed it, but thought that it was a bit too long. Modesta was a really strong and likeable character, but other characters felt two dimensional in comparison, as if they were cameo roles to indulge her as a femme fatale. This might be because I got a bit bored of the plot and skim read the last 300 pages! With incestuous relationships continuing through the novel’s fifty year span and numerous characters having nicknames, I got lost in a web of characters who may or may not have been related to each other. Unfortunately Sparknotes wasn’t able to help me out either!

I’m looking forward to the Oh Comely Book Club discussion next week. Did anyone else take part?