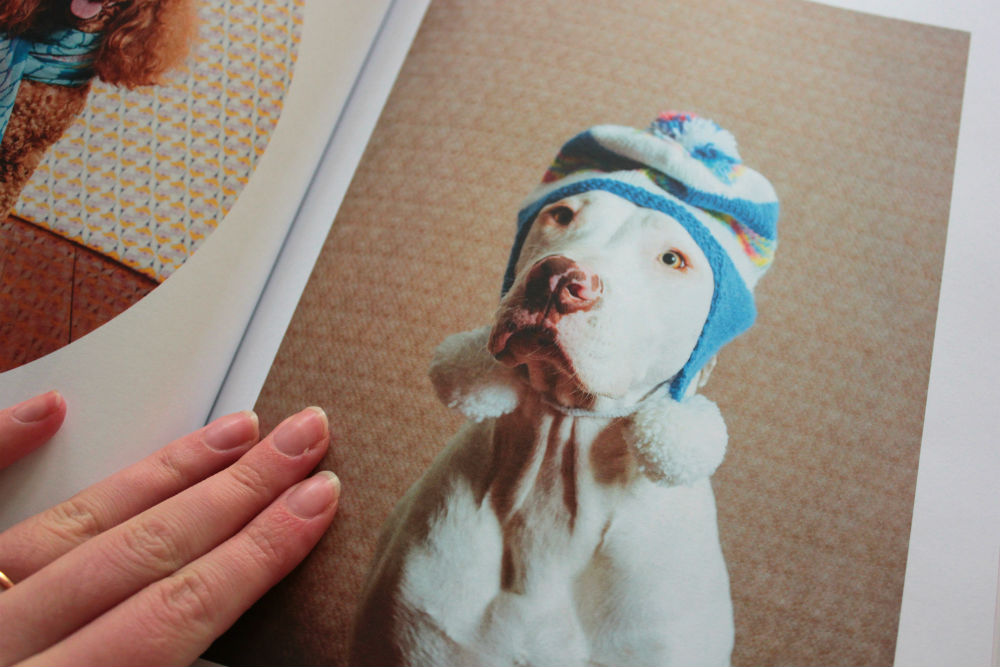 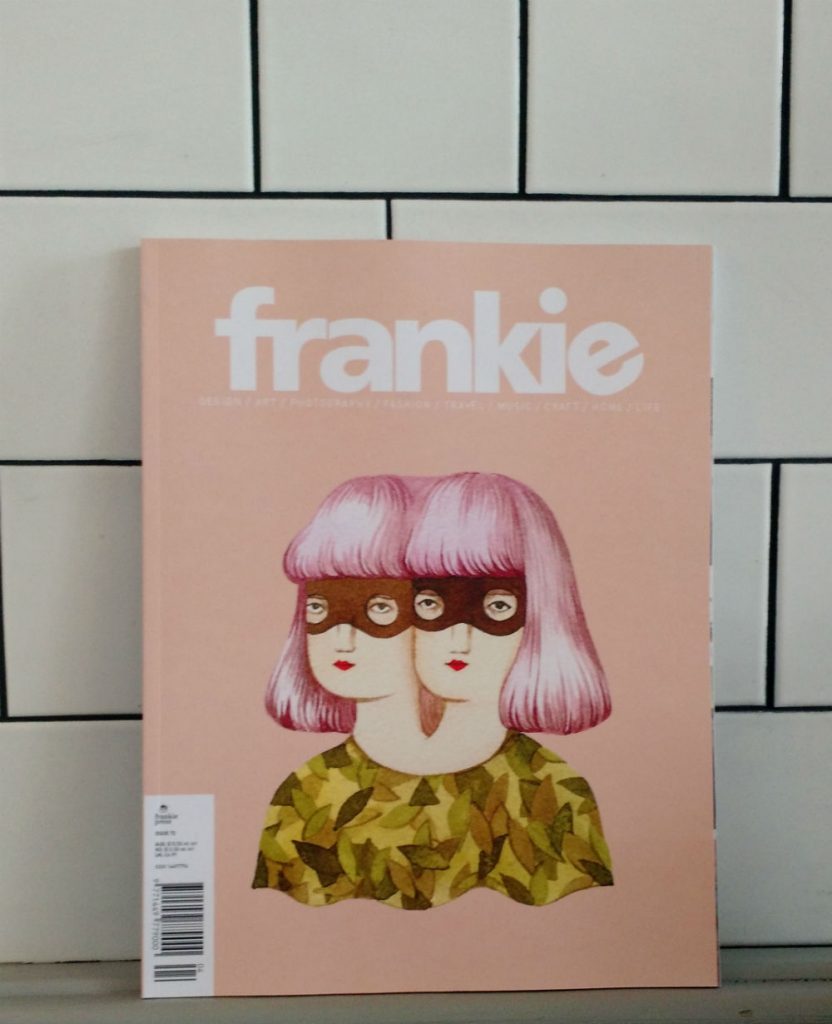 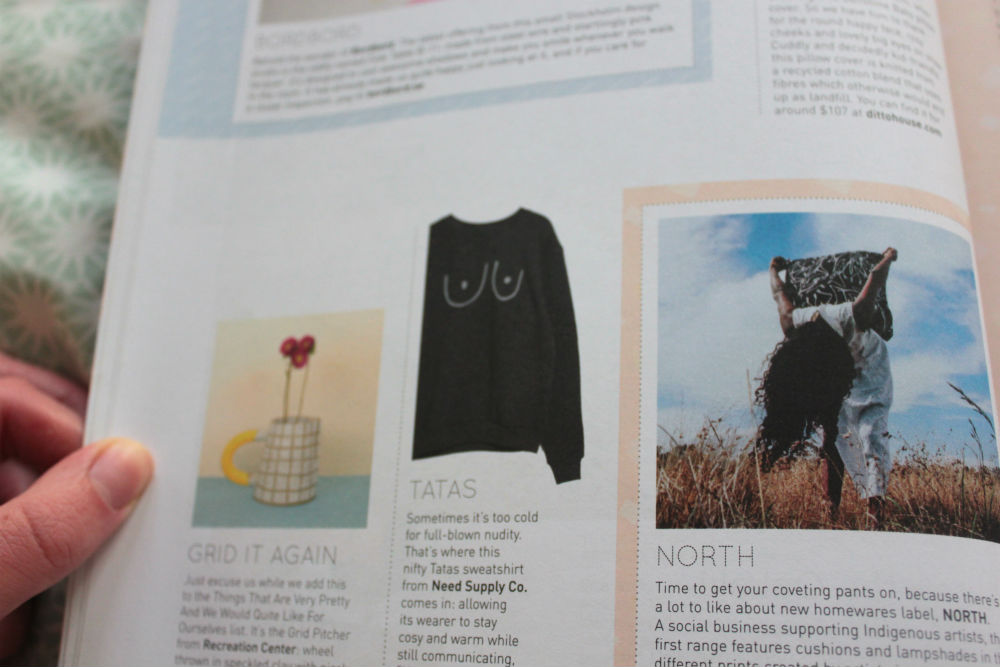 I’m in denial about it being autumn; I miss the long sunny evenings of summer and Christmas is not quite near enough to get excited about yet. So when I picked up a copy of frankie, an Australian independent magazine, and found that it was infused with the down under excitement of ‘summer is just round the corner’, it was the best antidote to the cold, dark pre-Christmas days in Britain. 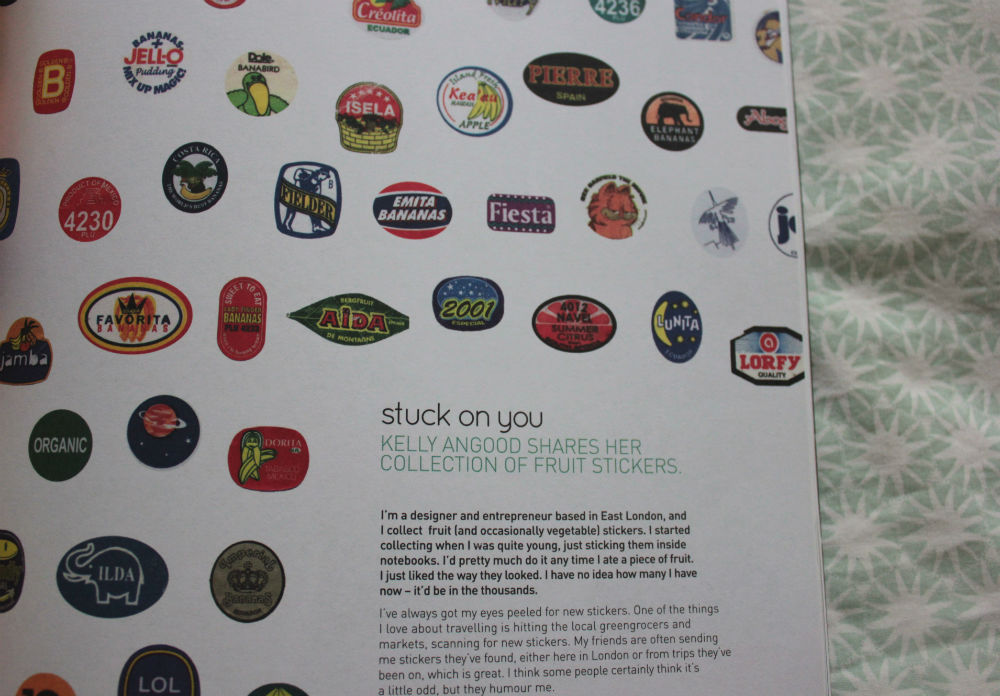 Frankie reminds me of an Australian equivalent of Betty magazine, which I reviewed last year. They both have vintage girl’s name titles, and share a retro vibe in fashion and DIY craft projects, pastel illustrations and an informal, fun tone aimed at women in their teens and twenties. Frankie has been around for 12 years to Betty’s 6, and while it focuses on art, music, photography, culture, craft and fashion, the team at frankie is clearly comfortable writing about any issues or ideas that would interest or inform its readers. Homophobia, living with cystic fibrosis and a volunteer organisation providing free school lunches are discussed alongside more benign topics: fruit sticker collections, netball, terrible housemates, dogs wearing hats.

Among the pastel-hued pages, women such as Shirley Manson (Garbage frontwoman) and Pam Grier (actress) are celebrated for being strong role models for women. Frankie doesn’t openly declare itself to be a feminist magazine like others such as Ladybeard, with a similar readership do, but it is suffused within the pages. It’s heartening to find similar opinions on the other side of the globe. 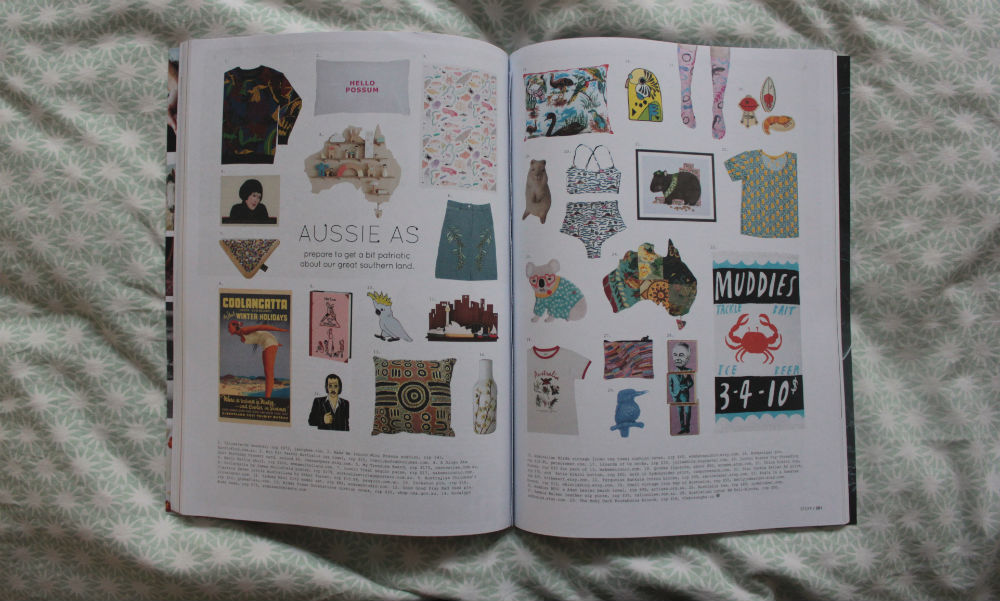 Frankie issue 72 is available to buy online (frankie is published bi-monthly and they’re already on to issue 74 which you can buy from stockists!)