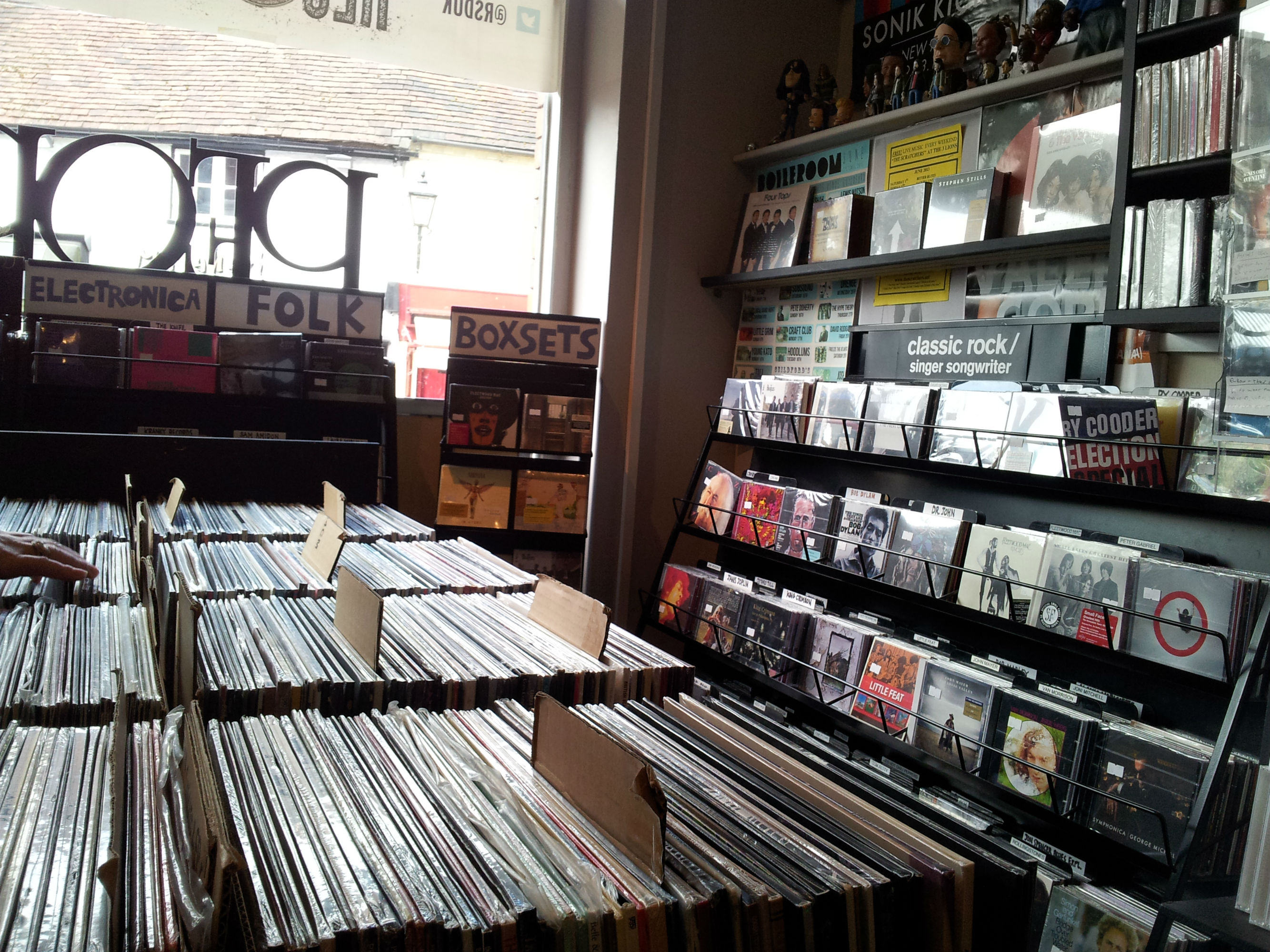 Last Saturday we headed over to People Records in Guildford very early in the morning for Record Store Day! In order to make sure we were able to buy some exclusive records, available only for the day, we got there at 7.30am, half an hour before they opened and were already the 78th and 79th people in the queue. Quite the committed crowd!

I was expecting to stand queuing for a long time, but the staff at People Records made sure we all had tickets to reserve our place in the queue, and operated a one in one out rule. Instead of hanging around in the cold, we went and had breakfast at Bill’s, how’s that for queuing! Record Store Day is an annual event, in its 8th year, celebrating independent record stores around the UK. Every year several hundred artists release limited edition or re-release tracks on vinyl record that can only be bought on the day from indie record shops*. Every year RSD supports a charity – this year it was War Child!

*Sometimes you can find them in store for a few days/weeks if they haven’t sold out! By 10am we were in! Inevitably, some records we wanted were gone, but we came away with Natasha Khan & Jon Hopkins Garden’s Heart, Damon Albarn Lonely Press Play, and Little Dragon Klapp Klapp 12″. The biggest disappointment was that the Ghostbusters record had already sold out!

The staff at People Records were so lovely, knowledgeable and enthusiastic, and their ticketed queue system made the whole event so much less stressful than waiting in a queue for three hours! The shop is a great place to nose around to find old and new music on vinyl and CD, and if you need more persuading, they even have a lovely little dog hanging out in the shop too!