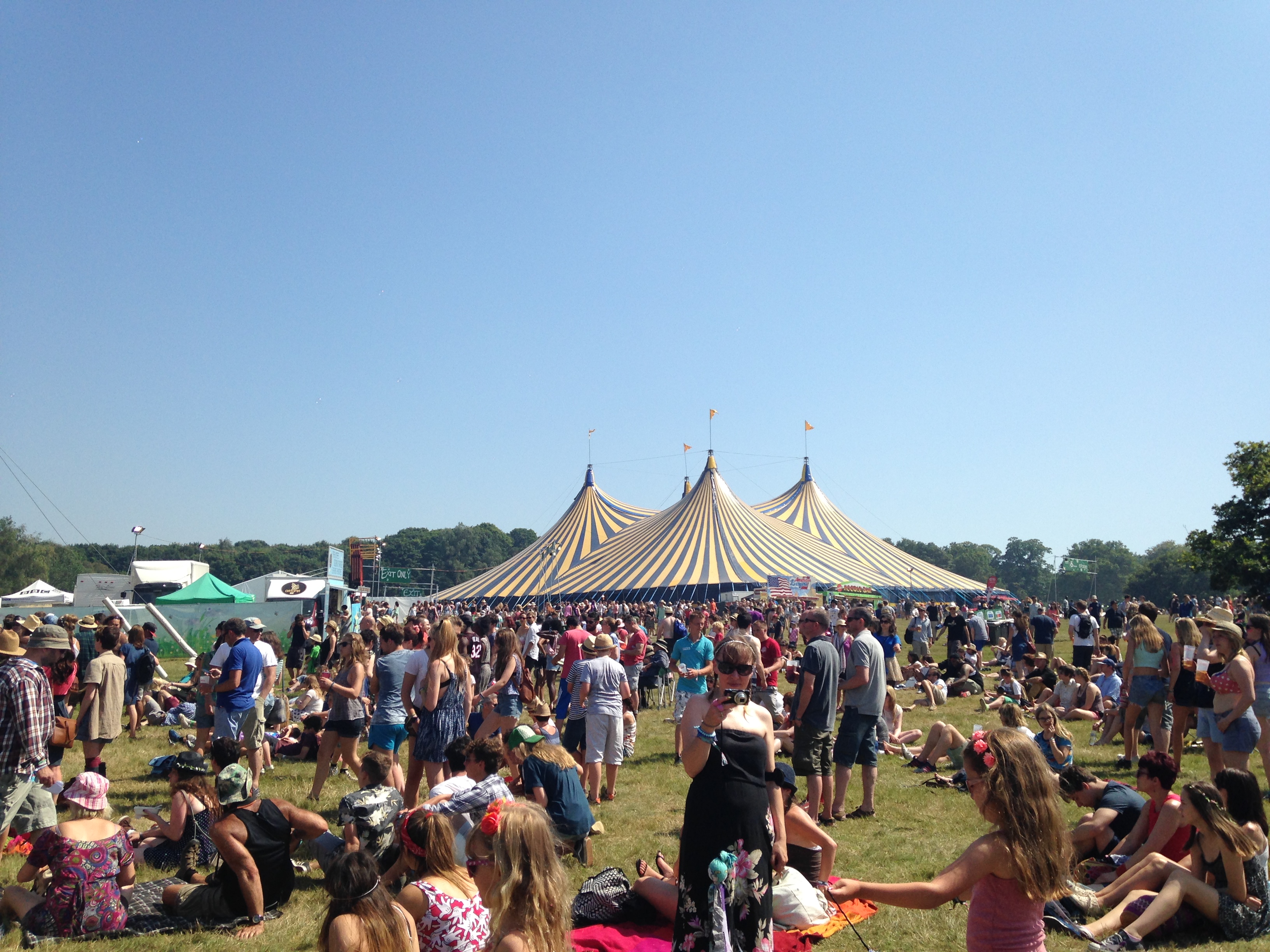 I’m very late with this post about Latitude, a combination of being busy and not quite knowing where to start to cram three jam-packed festival days into one blog post!

In the meantime I’ve read other people’s reviews of the weekend and, to quote The 405’s William Caston Cook: ‘The first night is always the worst at a festival’. Yes, yes it was. Not because it was an excited night where we did too much, but because we were stuck on the M25 for an extra 4 hours in a traffic jam. An unexpected 8 hour journey and sleeping in the car overnight was a pretty inauspicious start to the weekend!

With San Fermin‘s help we blew away the cobwebs the following morning in the BBC 6 Music tent. Somewhere between an orchestra, a jazz band and a pop band, San Fermin was a highlight of the festival. They’re made up of eight musicians performing music about different characters composed by Brooklyn based Ellis Ludwig-Leone. I’d listened to them before but never appreciated quite how electric their live performances were: a trumpet and a saxophone jamming together was a brilliant start to the weekend. The one frustration of Latitude is that there’s just too much to see. Three or four timetable clashes is not unusual, and as well as wanting to see nearly all of the music acts, I’d happily gobble up the literary performances, poetry, theatre, experimental live art … heck, finding time to say hello to the sheep during the weekend is hard! We popped in to see Home Live Art‘s fun and creative Alternative Village Fete, watched the wonderful and hilarious Michael Rosen speak about chocolate cake, marvelled at the innovative use of sets and costumes during Full Stop by Light The Fuse. The list goes on – I just wanted more time to see everything! It was Atomic Bomb! Who Is William Onyeabor? that really stole the show. Filling the Sunday main stage midday slot, hundreds of bodies jumped along to the beat of African synth pop. As well as being one of the most enjoyable musical moments of the festival, the background of the Atomic Bomb! band is incredibly intriguing. William Onyeabor, originally a Nigerian funk musician, recorded 8 albums between 1970’s to 1980’s and then became a born-again Christian, abandoning and refusing to speak about his music. An awesome supergroup of musicians have resurrected his work: Alexis Taylor of Hot Chip, Pat Mahoney (LCD Soundsystem), Money Mark (Beastie Boys). They’ve been touring their tribute to William Onyeabor this year and Latitude was their final performance. And then they brought up Young Fathers and LAW during the set, then added in some African dancers and essentially started a huge joyful bouncing African-themed party from the stage. Not a bad way to spend a Sunday morning!