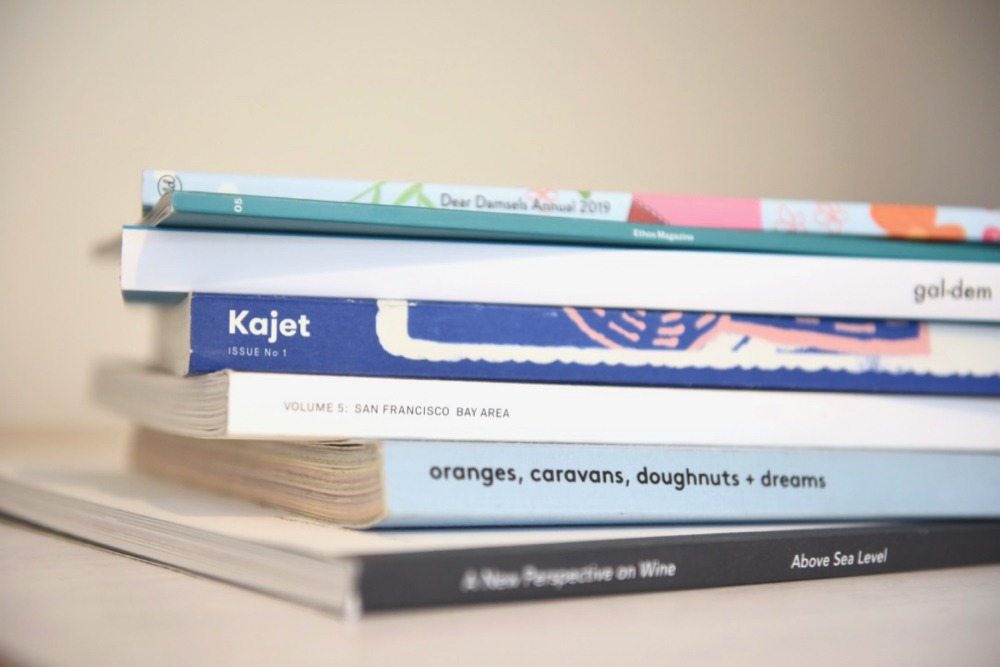 I’ve written this blog for a long time without really saying much about why I love to read independent magazines. My love of books came first; I remember becoming so engrossed in a book at bedtime, I would forget to fall asleep. I remember itching to explore my friends’ bookshelves at sleepovers when I was a kid rather than watch Hollywood blockbusters.
Books were a quiet, private space where I forgot about the rest of the world and fell into stories about other people’s lives.

I temporarily fell out of love with books when reading them became an obligation rather than an escape. I loved studying English Literature, but wading through two or three dense classics every week at university took the joy out of reading for me.

And then one day, quite by accident, I found a magazine that spoke to me. It was a quiet space too, and I discovered a whole genre of print that I had never known about – independent magazines. They were just what I wanted to read at that point in my life; created by people with passion and stories to tell; engrossing, but without long chapters to trudge through.

Independent magazines are a revolution that’s happening in my lifetime. Their tones are authentic, engaging and self-affirming. So different to mainstream glossy magazines that sell low self esteem and gossip columns. I am inspired by how varied specialist independent magazines can be. I’ve read independent magazines about tennis; the Islamic State; coffee in Sweden; procrastination; happiness; anger; Eastern European culture; positive news; printing and mental health, along with lots of independent travel magazines. I’ve long since accepted that I won’t be able to read all the magazines I want to!

This blog has been a great way to write about the exciting landscape of independent magazines. It’s connected me to some brilliant people and helped me to see the world from fresh perspectives. And I hope that spreading some of my love for independent magazines has found new readers that are now off exploring the world of print.

You may also enjoy reading: