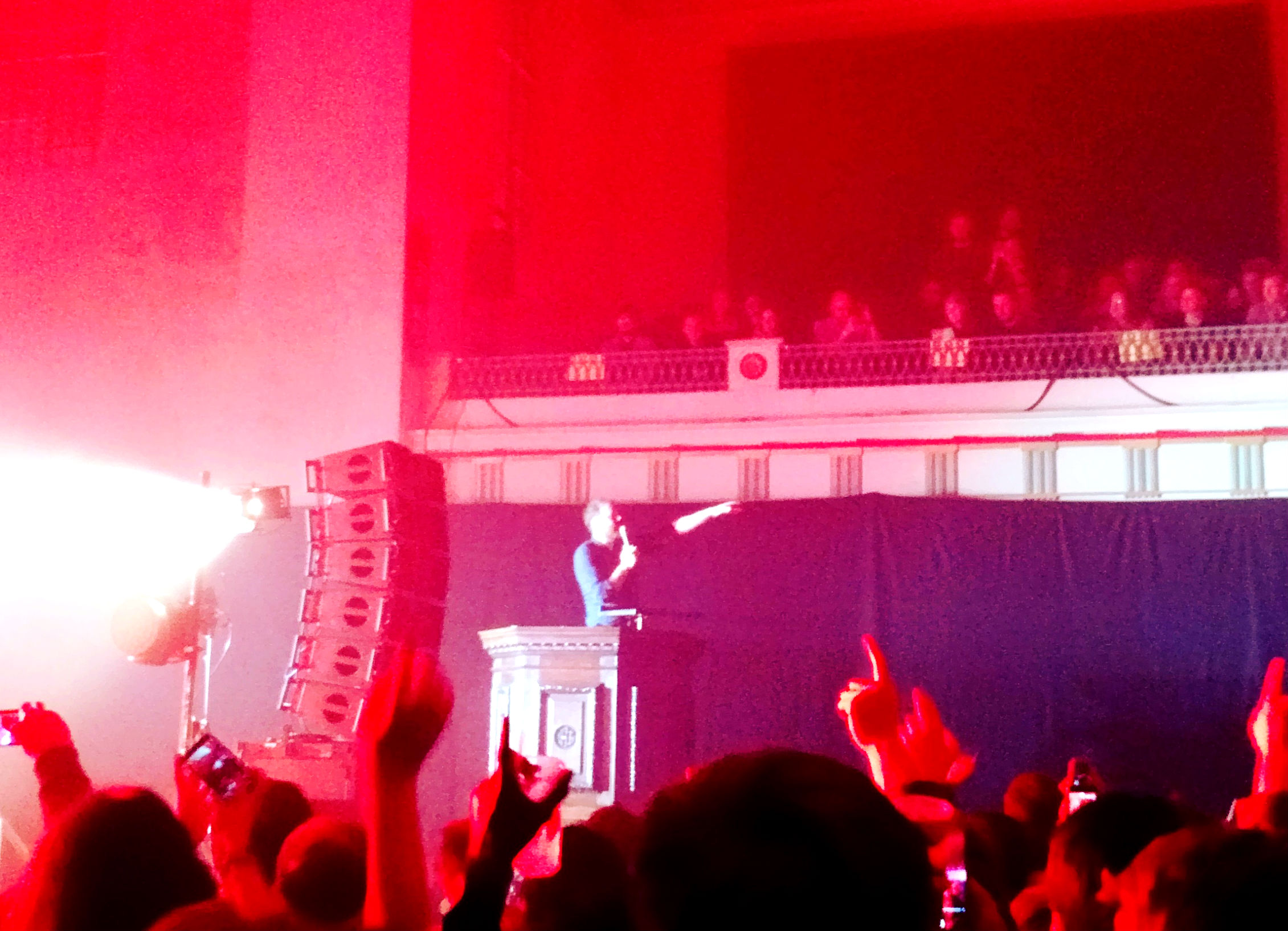 Update, Summer 2018: I came across this post while I was tidying up a few odds and ends on old posts. After the tragic loss of Scott Hutchison, lead singer of Frightened Rabbit, earlier this year, it only felt right to include a link to donate to the Scottish Association for Mental Health (SAMH). We miss you, Scott. x

I’ve been a long-time fan of the band Frightened Rabbit; they’ve stayed consistently in my top 5 artists in the last few years. This month they released a new album Painting of a Panic Attack, which I managed to listen to a billion times before we saw them live the following week at the Church of St Johns-at-Hackney.

It was such a treat to hear the album so soon after it was released. The tracks were less polished and assured than their older ones, but exposed the tunes’  raw emotion. I don’t know if it’s a London gig scene thing but I seem to be going to a lot of them in churches lately. This time there was an amazing moment as lead singer Scott sang Keep Yourself Warm from the pulpit and the entire crowd sang it back to him. A very special night!

Go give them a listen, if you haven’t already!