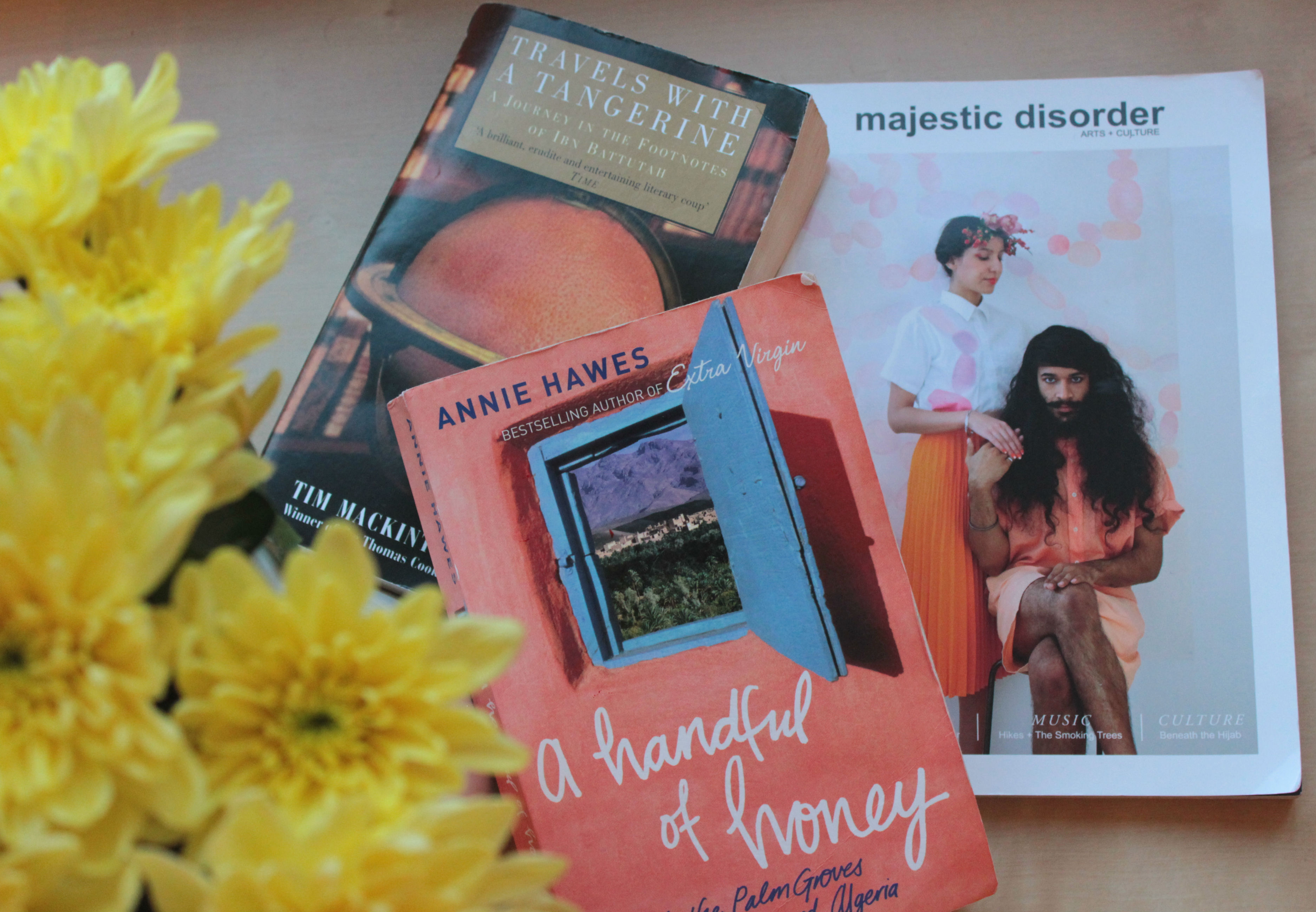 Hurrah! We’ve booked a late-summer trip to Marrakesh – not somewhere I would have naturally chosen to go, but now I can’t wait to explore. When we first thought about going on holiday I had my heart set on a Mediterranean island but was persuaded by my fairly beach-averse boyfriend and a browse of some travel literature that Marrakesh would be far more interesting.

Annie Hawes is best known for her brilliant Extra Virgin series set in her adopted Italy. In A Handful of Honey she travels to Morocco and Algeria for several weeks and her shrewd observation of cultural barriers and similarities, along with a good dose of intriguing history and hilarious anecdotes has transformed me from a North African travel sceptic. If you’re off to Morocco or Algeria this is a must-read. I almost wish there was a sequel to take with me and read in situ!

I dipped into issue 4 of Majestic Disorder which is set in Marrakesh. It has a beautiful photo story of a trip over the Atlas Mountains into the Sahara Desert, something that I’m keen to try and recreate while we’re there if we can.

Before I begin browsing a proper guidebook, I’m attempting Travels with a Tangerine, Tim Mackintosh Smith’s book about the Moroccan explorer Ibn Battuta. So far it’s a much denser than A Handful of Honey – turns out that an Moroccan explorer from the Middle Ages is much less relatable than an English woman from the 21st century. Who would have thought? I’m going to keep going with it as every now and then there are snippets of incredible facts such as Ibn Battuta travelled three times the distance of Marco Polo. Pretty incredible that I’d never heard of this guy before I read the book.

If you’ve been to Morocco I’d love to hear what you did or anything set there that you’ve enjoyed!